Business and Economy of Koraput

Taking cue from prevailing economic conditions it can be said with certainty that Koraput city will certainly witness economic prosperity in coming decades. This city has immense potential that makes it a fast. We say so because Koraput city and its adjoining towns have witnessed gradual growth in commercial activities during last few decades. Especially Semliguda Town - located just 20 kms away from the heart of Koraput city - has evolved into commercial hub and is today very much spread heading economic growth of entire Koraput city. You’ll find more about this and much more in below paragraphs, where we’ve put forth detailed information about economy of Koraput city. 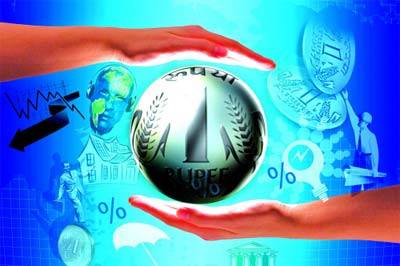 Koraput has always been an agrarian economy. Speaking specifically about Koraput city though, then agriculture sector does contribute significantly to its local economy, but unlike in past it is no more the dominant sector. The fall in agricultural sector’s fortune has been caused because of slow urbanization of Koraput city, which invariably has lead to service sector playing far more dominant role. This said, agricultural sector’s contribution to local economy in terms of employment generation even in distant future will continue to be quite significant. And now coming to major crops cultivated here, then Paddy is the most cultivated crop here. Besides, Finger millet, Maize, Niger, Arthar and Sugarcane crops are also cultivated in high quantity.

Finally, we’d like to bring to light that in 2012 that Koraput’s traditional agricultural system was recognized as GIAHS site (Globally Important Agricultural Heritage System) by Food and Agriculture Organization of United Nations. Koraput district is the only region in entire India to get this unique recognition, which essentially means that this region is home to many exceptional crops, species and medicines, which ought to be preserved. \ 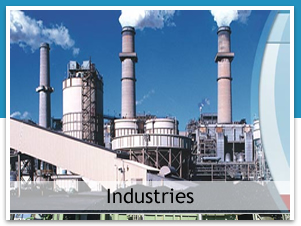 Koraput and its adjoining towns can feel very proud over the fact that it boosts large scale industrial units that are considered amongst foremost leaders in India’s industrial world. These are Hindustan Aeronautics Limited (HAL) and National Aluminium Company Ltd. (NALCO). While former is a leading manufacturer of defense equipments, latter is one of the giants in mineral production. Both these enterprises, which are actually owned by Government of India, produce huge employment and also contribute significantly to Koraput’s local economy. Besides these two government owned industrial units, there are also two large scale private industrial plants, which equally contribute significantly to Koraput’s local economy. These plants belong to Ballarpur Industries (BILT) and Toshali Cement Pvt. Ltd. Here it is worth mentioning that Ballarpur Industries Limited is India’s largest manufacturer of writing and printing (W&P) paper. Agro-based, Textile based, Forest & wood based, Engineering & metal based and repairing & servicing are other various types of industries in the region.

In above paragraph we did you faint idea about how service sector has grown at the price of agricultural sector over last few decades. But this growth, though very encouraging, has been highly unorganized in nature. This unorganized growth is very much visible in retail sector and also constitutes of thousands labourers working in meager job or working on contractual basis. Now coming to organized service sector, then it mainly constitutes of hordes of banks that have cropped up during last few decades. Besides, rising hospitality sector and innumerable service oriented enterprises also form major chunk in organized service sector. The overall picture that we get is that service sector is surely headed towards right direction, but this progress and growth is immensely slow.

The conclusion that can be drawn from all the above information is that Koraput’s economy does have pretty strong foundation to achieve sustainable economic growth. What obviously needs to be done to exploit this foundation is to take constructive steps. This is to say that state government has to formulate economic policies that can attract substantial investment in industrial sector and facilitate the expansion of service sector. To put it in other words, Koraput economic growth in future years will come from these two sectors and therefore they need due attention.

Comments / Discussion Board - Business and Economy of Koraput