Koraput is jam-packed with picturesque beauty, which loads one’s heart with enormous delight. The historical backdrop of this region is extremely prejudiced by its exceptional offerings of natural world. An immense stretch of mountainous county, appealing valleys, perennial watercourse, waterfalls and dense jungle have been shelter to a number of indigenous races like the Marias, Gadabas and the Bondas. Koraput was carved out of the district of Vizagapatam in Madras presidency with the formation of the Province of Orissa on the 1st April 1936. The complete district was a Zamindari region which was wholly under the realm of the Maharaja of Jeypore apart from for a small number of villages in belonging to neighboring rulers. So the narration of the district signifies the era of the great and prehistoric family of the Maharaja of Jeypore renowned as the Raja of Nandapur. The family chronicles mark out the times past of the family with reference to the mid 15th century till the ultimate eradication of the Zamindari system in the year 1952.


How Koraput got its name ? 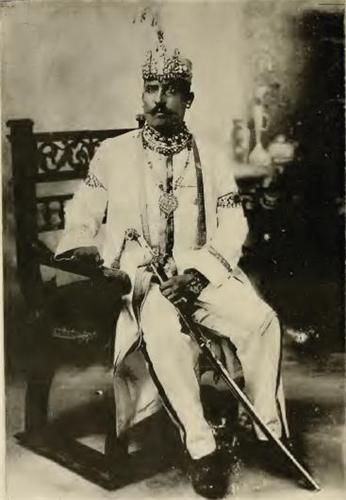 The present city of Koraput was selected by the British rulers in 1870. The derivation of the name of Koraput is difficult to understand. There are quite a few theories, not any of them are credible. As per the first District Magistrate and Collector Mr.R.C.S.Bell the town was named as “Kora–putti” or “the settlement of the nux-vomica” and it is derived most probably from a tree that was presumed to exist near the place. But till date not a single plant has been identified to prove this theory and hence assumption is open to query. According to another theory, Koraput is besmirched structure of ‘Karaka pentho’ Karaka meaning ‘hail-stone’. It is in addition supposed that one ‘Khora Naiko’ put down the foundation of the town during the era of Nandapur kings. It is believed that he belonged to Ranpur and was in service under the Nandapur kings. Owing to his true and commendable work for the kingdom he was allowed to institute this town which got the name as Khora Putu, and afterward the name has been curtailed to ‘Koraput’.

Vinayak Deo, the originator of the now Jeypore Raj family, bequeathed the kingdom from the then rulers of Silvamsis by the mid 15th century A.D. In 1571 capital of the empire lost its autonomy when it became the sovereign of the Qutub shahis of Golkonda and the Nandapur kings began paying yearly tribute to the Sultans. During the realm of Balaram Deo III which flourished from 1711 to 1713 huge number of Zamindars and their followers became independent from the Jeypore kingdom with the assistance of the Marathas. However Vikram Deo I, the then monarch, detained those regions for a yearly payment of Rs 40,000 of which maximum portion of the amount went unrealized. It was for the period of Vikram Deo II that the capital of empire was relocated to Jeypore.

The king of Jeypore played a predominant role along with neighboring rulers in the struggle for independence and in the amalgamation of Orissa, the present Odisha. On 1st April 1936, the former district of Koraput came into existence with Mr.R.C.S.Bell being the first District Magistrate and Collector of Koraput district. On 1st October 1992, the District of Koraput was separated into four Districts namely the present Koraput district ,Rayagada, Malkangiri and Nowarangpur.


Comments / Discussion Board - History of Koraput